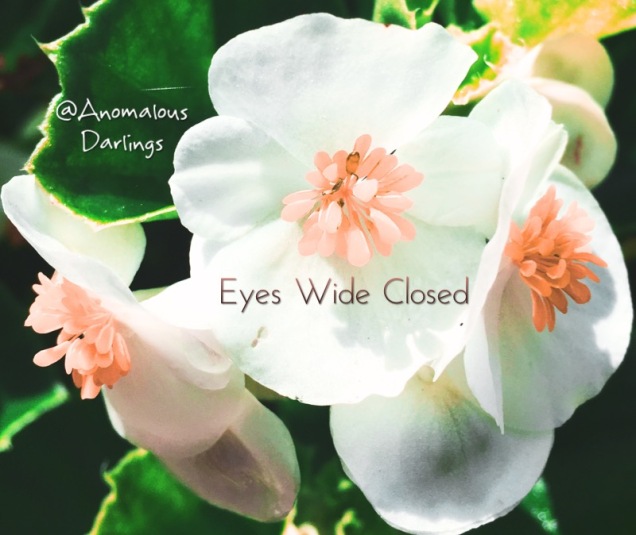 When you close your eyes what do you immediately see? Blankness likely appears first, preceding the mental image that follows just milliseconds later.

Scientists allege that we can only dream of faces that we have seen in our waking hours, and I actually agree. I have had dreams where my subconscious nocturnal viewing point, didn’t allowing me to decipher faces, leaving the stars of my night’s cinema, without any ID. Isn’t amazing to fathom that there are important people in our lives that we haven’t even laid eyes on yet!? Their roles being so significant that God has given us glimpses of them, while we are in our most vulnerable and surrendered states, to remind us that our best days are ahead.

Now don’t get me wrong, I’ve had nightmares too, that were probably more or less influenced by that homicide I should not have watched before bedtime and Satan himself. Yet, my most memorable dreams, the ones that I wake up from and fondly remember, are those where faces were unnamed, places were foreign to me and the only thing that looked familiar, was Jesus’ love for me.

What if we could live our waking hours with our hearts, spirits and minds just as surrendered to God as they are during our sleeping hours? Letting Him impart positive tidbits of our future into us, when it’s dark and dreary all around. Letting Him send reassurances to us, when we can’t tell the difference between a good decision and a great decision. What if we could live our daily lives with our eyes wide closed?